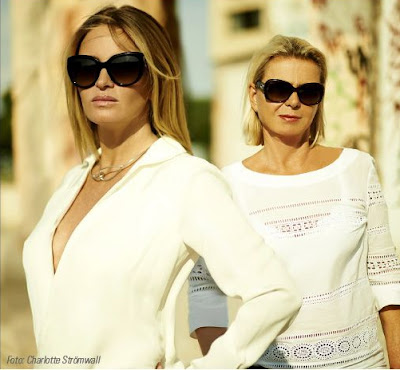 Carolina Gynning's signum is very colorful portraits and personal in prints from her private life. The motives are often women she meets or women that lives inside her. A common stream in her work is that they creates strong feelings and conveys a staying effect on the audience. In 2014 she became an ambassador for Non Violence and painted one of Carl Fredrik Reuterwärds world famous guns.  Her Fly Free for Peace is an appeal for a Non-Violent world. The art is Carolinas passion but she also designs jewelry and interior design within her own very successful company. Carolina has also written books and she is an often-enlisted TV host in Sweden and in 2012 she had the lead character in Jesper Ganslant’s movie, Blondie.
www.carolinagynning.com

Agneta Gynning is a Swedish sculptor who studied under Victor Praznik, a former Yugoslavian sculptor. He inspired her to specialize in bronze and marble and also introduced her to working in Pietrasanta in Italy, a town of international importance and fame for sculpture, and to where Agneta returns annually. She skillfully works in a variety of mediums: bronze, marble, glass and rubber and her art succeeds in fusing both classical and modern influences. Agneta is inspired by the subconscious and the works, of both small and large scale, are full of movement: the lines she creates are elegant, graceful and transmit a feeling of life and soul, with a free spirit that seems to inhabit the space both within and around her artworks.
Agneta’s work has successfully shown at ArtExpo in New York, OpenArtCode Shanghai, at the Grand Palais in Paris, the Chianti Star Festival in Italy and at Studio Abba Gallery Miami c/o Art Fusion Galleries in Miami, in the Wynwood Art Quarter.
www.agnetagynning.com

Open Art Code is composed of a group of renowned artists who have very different technical styles and their artistic formation is varied. They have united their talents in the past to exhibit together in Paris at the Grand Palais, in Monaco at the Auditorium Rainier III, at the Oxo Gallery on the River Thames in London in Shanghai at Pudong Library and CEIBS, in Venice at Palazzo Cavalli Franchetti at in Tokyo at the Tokyo Metropolitan Art Museum

For further information about our exhibitions or for a purchase enquiry of art works, please contact
www.studioabba.com
info@openartcode.com

Promote Your Page Too 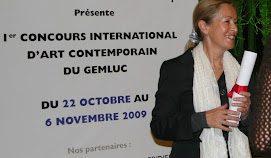